Freelance musician playing Hurdy- Gurdy, Percussion and Electronics. Studied drums & percussion at Lunnevads Folkhögskola, where he first encountered the Hurdy-Gurdy when playing in Eric Humbles early music ensemble, and later Academy of Music and Drama at the university of Gothenburg continuing studies in classical percussion for Einar Nielsen, Bo Holmstrand and Hans Herngren and others.

He also studied cimbalom in Bucharest for Costel Pandelescu one of the top names of Roumanian cimbalom music.

Bruno has played, toured and recorded with progressive metal band World of Silence, the ”dödsjazz” band Läder, latin/balkan fusion with Cerro Esperansa Band, drone folk with Faust and Hemållt, Opera with the Opera in Kristiansund (Norway) and Västanå theater, Electro acoustic noice with 0db3, contemporary circus with Hold my breath among many other groups and projects.

Some projects and stuff 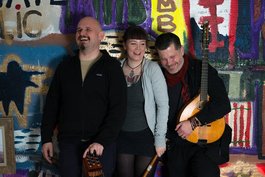 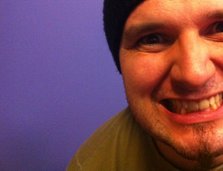 Three of Scandinavia’s foremost hurdy-gurdy players join their creative forces in a collaborative project dedicated to the creation of a new repertoire for the hurdy-gurdy.

Together with amplification, live-looping and effects and the amalgam of their musical roots; Swedish traditional music, classical and contemporary music, ancient music and jazz - they create a fusion of sound unlike any other as the hurdy-gurdy is a unique sound-machine. Within, a world of sound is created that one could never guess was ever possible with an instrument that has its origins in the middle-ages.